No apple farmer ever had to worry about having a few of their trees chopped down in the middle of the night. Sadly, that’s not the case for many hemp growers.

In addition to pesky insects looking to gobble up your crops, you’ve also got to give some consideration to the two-legged criminal variety biting into your profits.

Hemp being a relatively high-value plant — and looking and smelling a lot like its psychoactive cousin — means that come flowering season felons are out on the prowl looking for opportunities.

It’s a shame, but your farm might just be that opportunity.

In many cases, clueless thieves have no idea they’re even stealing industrial hemp — costing hardworking hemp growers thousands of dollars in losses, including damage often caused to surrounding plants.

You’ve got to get ahead of thieves and take steps to protect your hemp crop. Just a few key defensive tips will better protect your investment and help you sleep a whole lot better at night.

One of the first words of advice for anyone interested in growing hemp is to plot out a discreet location. It is always best that you plan out your field in an area not easily visible from public roads.

Remember… For many thieves, out of sight is out of mind.

So if at all possible, get those plants behind some cover like a barn or a row of corn.

If you are unable to give your plants cover — and many farmers are not in a position to provide that — not to worry. There are a few low-cost ways to begin to secure your hemp fields and avoid becoming easy prey for predators.

A few simple prevention measures can be enough to keep criminals at bay.

Because crooks tend to look for an easy in, an ounce of prevention is worth a pound of cure. An effective, proactive approach can be like the act of rolling up your windows in a city parking lot to keep idle hands from reaching in.

Tripwire alarms and motion-detector lights are a couple of inexpensive basic devices you can purchase — or create yourself — to discourage thieving hands and give yourself some peace of mind.
Some farmers are getting crafty with their detection methods, setting up simple DIY deadfall-style tripwires in a few spots around their hemp crops. They work like a charm.

It’s as easy as duct taping a ball bearing or marble on the push button of a boat horn, then positioning a perched board to fall and blast the button once a line gets tripped.

For around 10 bucks, you’ve got a cheap but effective alarm that’ll scare the pants off anyone creeping around your hemp fields. Situate four to five of those handy gadgets across your property and you’ll run off a majority of would-be burglars.

Solar-powered motion-detector lights are another kind of low-cost device you can easily set up to startle criminals. A few bright lights positioned at key points to go off around your hemp fields will often ward off roaming robbers.

Again, most criminals are looking for an easy, fast grab. They don’t want confrontation. Make it just a little bit of work for them and many will venture off to easier targets.

Installing surveillance or wild-game cameras are also advisable tools to keep an eye on prowlers. Along with a few big, bright “Smile, you’re on camera” signs posted around the perimeter of your property, the mere sight of cameras will signal to thieves that this just isn’t worth the headache.

Position security cameras high up and point a couple at any nearby roadways. Affordable high-definition cameras are now available that can clearly capture wide areas.

Keep in mind, while cameras are good for surveillance — and can definitely deter thieves — they should be combined with other security measures. Catching a thief on tape red-handed doesn’t mean you’ll be made whole if they’re caught. In many U.S. states, hemp that is recovered by law enforcement after a robbery is required to be destroyed.

But if you’ve got them on tape, at least you’ll have a chance at seeing them arrested — and you’ll send a loud message to other crooks in the area that they can’t get away with ripping off your hemp.

A friend in Pennsylvania new to growing hemp shared that over 42 years of farming he hadn’t been robbed of so much as one bale of hay — but in 2019 his property was hit three times by hemp thieves. The final time he had cameras set up. Local cops arrested the crooks the next day.

In many jurisdictions, hemp crop theft is no joke. It’s considered grand larceny — a felony offense — with the added charge of unlicensed possession of hemp. That could mean five years in prison plus a $20,000 fine.

Again, this is a high-worth crop, so criminals are willing to take risks in some areas.

If you live in a high-threat region, relatively inexpensive chain link fencing is also a good idea. It’s a bit of an upfront outlay, but cheap in the sense that it will bring you peace of mind. Add some barbed wire tops to broadcast that thieves should just keep on walking.

Depending on the size of your hemp farm, during flowering season security guards may be worth their weight in gold. If you prevent a worst-case theft of a truckload of plants, it’ll be well worth the cost of paying for the protection.

Another important step: make sure to block off gates to entrances and exits in order to ensure an added layer of protection from intruders.

Dogs are also natural farm protectors. Besides providing company on lonely days, pooches are perfect alarm systems for hemp growers. They are some of the best security guards you could ever employ and never ask for much more than a pat on the head and the occasional T- bone steak.

You put a lot of money on the line to farm hemp. Protecting your investment isn’t difficult — it just takes some planning and being a little bit smarter than a crook. 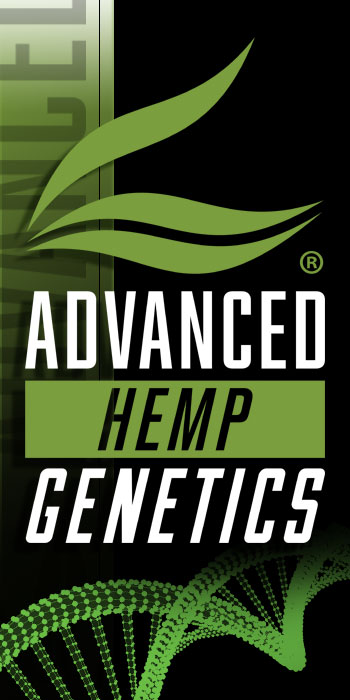